In the mid 90s IBM was into the Thin Client business, first known as the Network Station but renamed in 2000 to be included in the NetVista branch and withdrawn in 2002.
A thin client is a simple network connected computer that is optimized for a remote connection with a server. The server is responsible for the hard work like processing power, data storage and software execution. The thin client can be seen as a way of connecting the keyboard, mouse and display to the network.
Thin clients are a further development of the multi-user computer terminals connected to mainframes of the past but instead of the text based terminals thin clients was extended with a graphical user interface.
The IBM N2200 has connections for a VGA display, two USB ports for mouse and keyboard, sound input and output and then the network connection for the server. This makes it possible for the user to make a remote connection into the server where all the needed software is installed, all files are kept, and the server does all the calculation. The nice thing about a system like this is that a thin client can be based on cheap and low end hardware, data is protected because it is not stored locally and it is simpler for a system administrator to manage the software installations.

I used to be very fascinated by simplicity of thin clients back when they were a thing. They were often used on schools, libraries and similar places. When I stumbled upon this IBM Thin Client I just wanted to have it, even though I’m not even sure if it can be used for anything useful as a stand alone device.
The design is very typical IBM in the black and edgy manner. The front design share similarities with IBM NetVista desktop computers as well as the IBM eServer xSeries e.g. the model 205.

I found the computer on eBay while searching for something else probably IBM related. I just couldn’t let it go because I had never seen an IBM Thin Client before. It was sold as a Buy It Now for almost nothing.

When I received the computer I opened the cabinet to explore the mainboard. While disassembling the cabinet I discovered that the white plastic power button was broken of. This was easily fixed with some Loctite super glue. 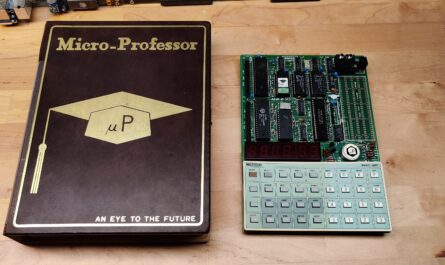