The Epson HX-20 is considered to be the first real laptop computer or at least the first notebook sized portable computer that runs on internal batteries. It has the same size as a block of A4 printing paper and fits inside a briefcase. Despite the small size it has a full size keyboard and keys with a long travel distance. The downside, however, is that the display is crammed in-between the printer, microcassette drive and keyboard. This means that this computer is among those with the smallest display.

The computer was available in silver and beige color. In my opinion the silver version looks so much better and more hi-tech than the beige that looks cheaper and plastic-like.

The Tandy Model 100 used the same form factor as the HX-20 but with a much larger display.

The PX-8 was a later laptop from Epson that succeeded the HX-20. It incorporated a larger display with 8 lines with 80 columns. It kept the microcassette drive and a similar keyboard. OS was changed to CP/M-80.

A laptop computer with a built-in printer is not something you see everyday, unless you own a IBM ThinkPad 555BJ or a Canon Notejet. This computer also include a built-in microcassette drive. Those two features make this little notebook very unique and recognizable among others.

This computer was one of the first I bought on eBay. Once in a while they showed up on DBA but not with a price tag that I was willing to accept. The computer was sold as untested and came without the power supply.
After I had this computer for a while another HX-20, in beige, showed up on eBay at a reasonable price because it didn’t work and was in a cosmetic bad condition. The reason I wanted it was because it came with a plastic carrying case and also included the H20EU expansion module.

After some testing of both computers I found out that the mainboard in the silver version seemed to be dead while the mainboard in the beige version seemed to work ok. So I took the working mainboard and mounted it in the silver one. But kept the original ROM chips and mounted them in the working mainboard since I wanted to make sure that the system stayed English instead of the French beige computer.
I haven’t played a lot with it after the “brain transplantation” because it keeps going into something TRAP! error state that I’m not completely sure about. Maybe I just have to look into the manual and learn about how to use it and to test some software on it. This is also the reason why I can’t confirm if the microcassette or printer works. 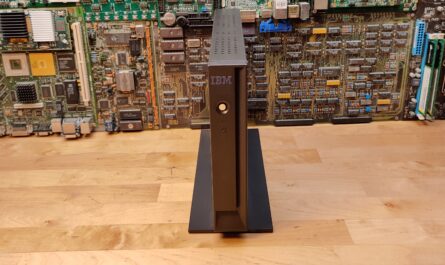 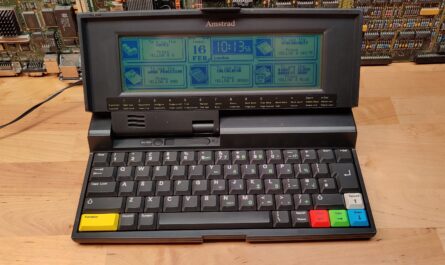 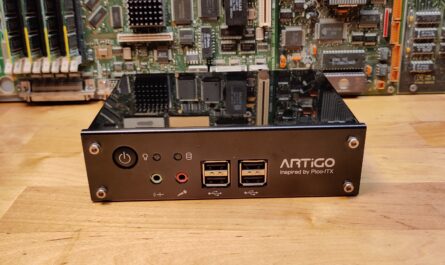